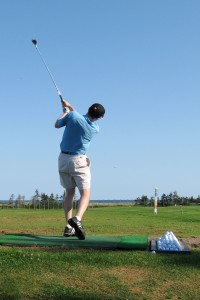 In his continuing commentary on the story of David dancing before the ark of the covenant in 2 Samuel 6, Robert Barron observes that there is another aspect of the passage that is puzzling to modern readers.  Namely, how on earth could anyone dance before the law?  (We must remember that the tablets of the Ten Commandments were housed within the ark.)  Barron observes, “it would be difficult to imagine anyone dancing with joy before the tax code or the latest motor vehicle statutes, or even before the U.S. Constitution.” 1  However, David and the people of Israel dance with all their might before the law!

Barron rightly places his finger upon the epochal changes that have occurred from biblical times to modernity with respect to understanding freedom.  He observes, “On the modern reading, freedom is primarily choice and self-determination.” 2 Barron traces the emergence of this view to the voluntarism of the late medieval theologian William of Occam.  The anthropological outcome of these commitments is the place-less and history-less agent of modernity, who is forever constituting him or herself through his or her present ethical choices.  For such an agent, “law must be seen as a limitation of freedom and hence as a necessary evil as best.” 3

Such a conception of freedom, makes it all but impossible to join with the Psalmist in his great celebration of Torah in praying:

The failure to distinguish the modern voluntaristic understanding of freedom from the Bible’s teleological conception of freedom has contributed to much of the confusion surrounding the various ethical issues facing the church today.  According to the earlier Christian understanding, Barron maintains, “freedom is not primarily choice and self-creation but the disciplining of desire in order to make achievement of the good first possible and then effortless.  One becomes a free player of the violin, capable of making music, precisely in the measure that one submits to a range of disciplines, laws and practices.  Or one becomes a free swinger of the golf club, able to respond effortlessly to the shifting demands of the game, inasmuch as one has internalized the laws and rules that govern a good swing.  On this interpretation, law is not the opponent to freedom but rather the condition for its possibility.” 4

Not only, I suggest, does this have implication for how one watches the Masters golf tournament this weekend, it also demonstrates how “the sacred law is something in the presence of which a grateful humanity might be moved to dance.” 5

2 thoughts on “What Does Sinai Have to Do With Augusta?”