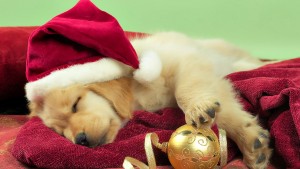 ntality, not atheism, is the deepest enemy of the Christian faith,” the theological ethicist Stanley Hauerwas has averred on numerous occasions. (This particular formulation is from Approaching the End (2013), 88.) Perhaps no time of year is as fraught with the danger of sentimentality for Christians as is Christmas. However, this seemingly owes more to the cultural observation of Christmas returning to its pagan roots in the winter festival of Saturnalia, then it does to the story of the Nativity.

A close reading of the birth and infancy narratives in the Gospels reveals stories that they are anything, but sentimental. Appearing within these narratives are the heavy-hand of imperial occupation (Lk 2:1-3), an unwed-teenage mother (Lk 1:26-38), the looming presence of forces of social ostracization (Mt 1:19, Lk 2:7), a bloodthirsty petty tyrant (Mt 2:1-12), refugees fleeing for their lives (Mt 2:14-15) and an horrific massacre (Mt 2:16-18). Even the chubby cherubim who appear on our Christmas cards are perhaps better seen as a mighty celestial invasion force amassing along the border of heaven and earth (Lk 2:13-14). The Christmas story tells us that it is God who has entered into the very midst of our chaotic world. It is God who is found lying in the manger. Furthermore, the birth and infancy narratives make plain to us that the coming of the true light into the world incites broad and profound opposition.

In light of the profoundly unsentimental character of the biblical birth and infancy narratives, the recent furor over the removal of “Christmassy” images from Starbucks coffee cups seems laughably, or perhaps even tragically, misplaced. Rather than looking to a mega-corporation to affirm our sentimental sensibilities through cups plastered with dancing reindeer and tobogganing polar bears, Christians would be better to draw deeply from the well of the Great Tradition of the church. The observance of the Christian year, which is itself rooted in the narrative of Scripture, could serve to combat the creeping sentimentality of our age by holding the reality of the Gospel constantly before us. In two previous posts (here and here), I have commented upon the significance of recovering the season of Advent in the midst of our current cultural milieu. The recovery of the observance of the twelve days of Christmas could provide a similar inoculation against sentimentality.

On December 26, provocatively juxtaposed against the celebration of the Canadian cult of consumerism known as Boxing Day, is the Feast of St. Stephen, the first Christian martyr whose death testifies to the costliness of truth (Acts 7). December 28 marks the Feast of the Holy Innocents, those young boys of Bethlehem put to death by the tyrant’s sword, whose only crime was that they looked like Jesus (Mt 2:16-18). Any discipline or practice that forces us to come face to face with truths and texts like these is surely hard medicine to swallow, but it may very well be the prescription we need if we are to be freed from the grip of sentimentality.